Jewish Family Service: Expanding to Meet the Needs of the Community’s Seniors

Home » Projects » Editorials » Jewish Family Service: Expanding to Meet the Needs of the Community’s Seniors
This article was originally published in The Jewish Observer.
March 1, 2021
by Barbara Dab
As many in the Nashville Jewish community begin to venture outside their homes, albeit cautiously, for the senior population, it is a different story. This vulnerable group continues to stick close to home and the experience can be isolating and, at times, even dangerous. Recognizing the need to keep a closer watch on these folks, Jewish Family Service gradually expanded their outreach. Anna Sir, JFS Helping Hands Project Coordinator, mobilized volunteers to make calls, send letters and even to recognize when there is a greater need for assistance and referral to social workers. “This is a new, ongoing way of life for everyone,” she says, “We approach both the short-term and long-term need, which could look different down the road.” And according to Pam Kelner, Executive Director of JFS, “one of the most important aspects of the expanded services is the ability to be a first point of contact for seniors and to assess the need for a referral to a social worker.”

Since the, “Safer-at-Home,” order began, Sir reports that close to 60 people have been reached, to date, by over two dozen volunteers. Most of the volunteers are making regular phone calls to check in, chat and let folks know they are not alone. Susan Zager, Vice-president of the Board of JFS, has been volunteering for a long time and says she has built some amazing relationships. “There’s nothing I like better,” she says, “I say I want to help them but when I get off the phone, I realize I learn so much. And everyone is so appreciative.” Susan has bonded with folks over things like a shared love of film and needlepoint. And in one instance, she even helped someone locate a lost cell phone.

For Renee Kasman, making regular calls to seniors has helped her make new connections during a very isolating time. “I have enjoyed sharing stories about our Seders, swapping recipes, hearing about their good news and families,” she says. She even assisted someone with finding technical support with a computer. Kasman is looking forward to meeting folks in person sometime in the future and says the interactions have been very positive for everyone involved. She says, “I think it’s a great program. Doctors say that making human connections are good for our health, so I like to think these calls were beneficial to all of us…myself included.”

One of the highlights of the volunteer efforts has been a pen pal program between seniors and local school children. Anna Sir says it has been a great opportunity for the students to learn about formal letter writing. And, for seniors who are not as comfortable with email, it has been a welcome connection, as well. Laura Shmerling, whose son Sam, 6, is a first grader at Akiva School. He has been corresponding with Vera Balter. Laura says, “It has been a great opportunity to connect with a senior in the community. It does the heart and mind good for us all to feel connected to others and uplifting to give and receive letters in the mail. We hope to visit our pen pal in person when this is over.” Sam has even sent drawings to accompany his letters and Shmerling reports he is very excited about those.

Anna Sir says in addition to the volunteer phone calls and pen pals, JFS is experimenting with Zoom hangout sessions and has conducted some focus groups to gauge interest in another method of virtual connection. And just before Passover, thanks to donors David and Lynn Barton, seniors were able to receive Seder boxes. Pam Kelner says expanding programs for the seniors in the community has been an ongoing priority. “The seniors are our elders, we value them, and it is important for us to make sure they are all doing okay during this difficult time,” she says. 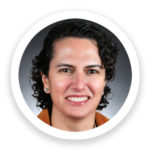