We are JFS and these are our impact stories.

Receiving Support During a Time of Financial Need.

Miriam found herself under considerable financial stress — unable to pay her bills or rent, or even buy groceries. However, she was uncomfortable asking for help and felt ashamed that things had gotten so bad. The caring team at JFS held her hand and encouraged her to get the help she needed through our Emergency Financial Assistance program.

Completely confidential, this program allows us to help you with emergency needs such as help paying your rent or mortgage, your electric or other utility bills, with dignity. You can find more information on our emergency financial relief program here. “It means a great deal for those attending the JFS Shabbat services where I live. It affords us the ability to keep Jewish traditions, follow our faith, and brings us together in friendship and prayer.”
-Participating Senior

Freshly baked challah. Voices rising in song welcoming Shabbat with L’cha Dodi. Gathering as a community to celebrate Shabbat is something that many older adults miss when they’re no longer able to attend local synagogues for in person services and holiday observances.

Since 2004, the JFS Helping Hands Program has provided Shabbat services at area assisted living facilities. Needless to say, the Jewish residents love having the services in their own “homes.”

The JFS Helping Hands Programs connects volunteers, which can include Bar/Bat Mitzvah students, college-age students, young families with children and other seniors, with the assisted living facilities. JFS provides challah, large-print prayer books, shabbat candles, and a lot of love and care.

Sadly, the program had to shut down for 16 months during the recent COVID pandemic. Even Zoom services weren’t an option for seniors. JFS worked hard during that dark time to maintain connections through a pen pals program, in-person porch visits and phone calls. Fortunately, services at assisted living facilities resumed in the summer of 2021.

Cheryl Lane, a member of the Nashville community and part of the program for the last 14 years loves creating these meaningful Shabbat moments and remarks on her love for singing and leading prayers with the residents as being a profound honor. Cheryl remarks, “many of the residents have become my dear friends in the Jewish community.”

“It means a great deal for those attending the JFS Shabbat services where I live. It affords us the ability to keep Jewish traditions, follow our faith, and brings us together in friendship and prayer.”
-Participating Senior “The Jewish community in Nashville isn’t that large, but it’s very tight. I was delighted by how warm and welcoming people were and the connections helped me land a job I wouldn’t have even considered had it not been for the Jewish Job Network through Jewish Family Service.”
-Jim Holzer, Executive Director
West End Synagogue

Jim Holzer spent nearly 30 years in Los Angeles running his own marketing business. But with COVID impacting his business and his grown children having moved to New York, Jim and his wife decided it was time to move to Nashville to be near his brother-in-law who works in the music business.

Despite all of his experience (including time at a Big 4 accounting firm), Jim struggled to find the right fit. After speaking to someone at the Jewish Federation, he was introduced to the Jewish Job Network (JJN), a service provided by Jewish Family Services. Jewish Job Network consists of a group of Jewish professionals formed during the great recession in 2009; its purpose is to share resumes and job opportunities and provide warm introductions.

Once Jim was introduced into the network, he received two warm introductions from people he hadn’t met before. One was an opportunity to become the Executive Director of the West End Synagogue, a Conservative congregation of more than 400 families serving Nashville and the surrounding Middle Tennessee region.

“When we met Jim, we found that his warmth and understanding of the Jewish community as well as his experience as a Nashville newcomer would be an asset to West End Synagogue. Thank you to the Jewish Family Service and the Jewish Job Network for making a connection that likely would not have been made otherwise!”
— Batia Karabel, Chair of Personnel Committee. West End Synagogue

If you hire, or have colleagues and friends who are in the position of hiring for their company, and wish to be a part of the Jewish Job Network committee, please contact Pam Kelner at (615) 354-1644 or email pgkelner@jfsnashville.org.

If you are Jewish and are a job seeker and would like to have your resume forwarded to the Jewish Job Network, please send your resume to pgkelner@jfsnashville.org.

“The Jewish community in Nashville isn’t that large, but it’s very tight. I was delighted by how warm and welcoming people were and the connections helped me land a job I wouldn’t have even considered had it not been for the Jewish Job Network through Jewish Family Service.”
-Jim Holzer, Executive Director
West End Synagogue

Stay in the Know

Sign up to receive the Jewish Family Service newsletter and receive important updates, volunteer opportunities, and more delivered directly to your inbox! 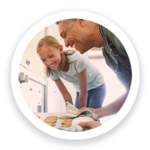