This article was originally published in The Jewish Observer and has been republished with permission. Jewish Family Service of Nashville and Middle Tennessee is being recognized by the Human Rights Campaign in its 2020 All Children All Families Report for its work in the field of same sex parent adoptions. The report is in its second year and recognizes organizations that implemented LGBTQ-inclusive policies and practices, including non- discrimination, staff training and creating a welcoming environment. JFS, which achieved the, “Building Foundation for Inclusion,” tier, is the only agency in Tennessee to receive the designation. Alison Depercio, Director of All Children All Families of the Human Rights Campaign, says agencies like JFS not only provide service, but they go beyond by educating others about the need for support for same sex families. She says, “It is a huge message to the community at large that it is in the best interest of children to remove obstacles in creating permanent families.”

Four years ago, Brandon andOzzie Di Paolo Harrison began their process to expand their family. Both are professors at Austin Peay State University and learned about JFS from a colleague. They were referred to Toni Jacobsen, Clinical Director at JFS, who they say made them feel comfortable and welcome. “Working with Toni was so positive. She was kind, thorough and left nothing to chance.” says Brandon. The adoption process can take anywhere from one year to 18 months and includes a home study, post-placement visits and assistance with paperwork. Families must find another agency to help with placement of the child. Toni says, “As Jews, people know we have faced discrimination and antisemitism and understand what that is like. They know we will serve them with integrity.” Toni helped the couplenavigate some sticky beaurocratic processes to facilitate the adoption of their daughter, Isabella. In fact, it took six months for the birth mother to relinquish parental rights, something that usually takes days. Ozzie says it was a stressful time, but JFS was there to support them through it all, “It was so important to have Toni. It felt like she was our partner through the whole endeavor. She was always open and honest.”

JFS began facilitating same sex adoptions in 2002, mostly to non- Jewish couples. Since then, the agency has been involved with over 150 same sex adoptions. Former JFS social worker Teri Sogol assisted with the very first adoption. She says, “JFS’s history as a welcoming and inclusive social service agency is well known in the GLBTQ community and beyond. This recognition of the agency’s achievement in meeting important benchmarks is well deserved.”

Earlier this year, Governor Lee signed into law a measure that allows agencies to deny adoption services to same-sex couples if doing so violates their religious policies or beliefs. The American Civil Liberties Union urged the Governor not to sign the legislation and advocacy groups like HRC say it targets members of the LGBTQ community. But for JFS, helping all families is business as usual. Pam Kelner, Executive Director, says, “We have always opened our doors to all couples seeking adoption, and we will continue to provide these services as long as they are necessary.” And Brandon Di Paolo Harrison says that by just doing the work, it sends what he calls, “a poignant message that a religious organization in Tennessee will support same-sex families.”

JFS, which achieved the, “Building Foundation for Inclusion,” tier, is the only agency in Tennessee to receive the designation. 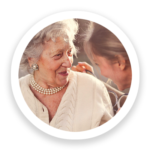 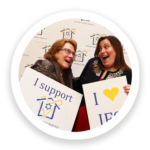 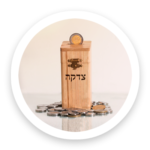