Home » Projects » Editorials » Nashville’s Jewish Community to Help Provide Aid to Afghan Allies
This article was originally published in The Jewish Observer.
November 30, 2021
by Barbara Dab
The United States is currently seeing tens of thousands of Afghans pour into the country as Humanitarian Parolees. After spending weeks or months on military bases while awaiting processing, they are now in need of assistance, and Nashville’s Jewish community is coordinating efforts to do just that.

According to Pam Kelner, Executive Director of Jewish Family Service of Middle Tennessee, there is greater strength in a collective effort rather than individual organizations working alone. “This is a coordinated Jewish community response, and we are working with an established resettlement agency to make a bigger impact.” Kelner also says, “Many of the newly arrived Afghans assisted the United States government for a long time, and it is important to recognize their status as our allies, rather than refugees.” 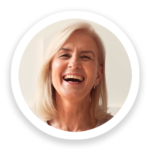 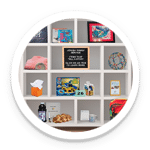